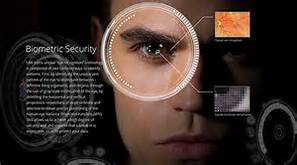 AAA Alarms announces the design and release of the industries first and only Security System designed for Ultra High Security Application Facilities, Ultra High Risk Standards, which incorporates the requirement of IRIS Scan in order to disarm the security system.

Technology from IRIS ID has been integrated into a 250 Point UL Listed, High Security Addressable Security Controller to now require the presentation of valid IRIS Scan, in order to disarm the system and report an opening by user, to the AAA UL Central Monitoring Station.   This first in kind technology is the first known application in the US.

For years, the UL Security industry for Jewelry, Precious Metals, and Department of Defense applications has issued standards (UL 681 and UL2050)  in an attempt at making the security systems as secure as possible.  However, ALL Central Station Monitored Security systems have utilized a simple PINPAD disarm sequence.   So no matter how many detectors or sensors, the whole system can fail by an unauthorized person acquiring the PIN CODE either overtly or Covertly (Hidden Camera), as has been done with Bank ATMs in "Skimming".

Now, for the first time, by utilizing advanced Identity authentication, AAA Alarms cannot be disarmed without an authorized user's Eyes being presented to the keypad.

Historically, identity or authentication conventions were based on things one possessed (a key, a passport, or identity credential), or something one knew (a password, the answer to a question, or a PIN.) This possession or knowledge was generally all that was required to confirm identity or confer privileges. However, these conventions could be compromised – as possession of a token or the requisite knowledge by the wrong individual could, and still does, lead to the valid disarming of a high security system.

The Emergence of Biometrics

To bind identity more closely to an individual and appropriate authorization, a new identity convention is becoming more prevalent. Based not on what a person has or knows, but instead on what physical characteristics or personal behavior traits they exhibit, these are known as biometrics – measurements of behavioral or physical attributes – how an individual smells, walks, signs their name, or even types on a keyboard, their voice, fingers, facial structure, vein patterns or patterns in the iris.

Of all the biometric technologies used for human authentication today, it is generally conceded that iris recognition is the most accurate. Coupling this high confidence authentication with factors like outlier group size, speed, usage/human factors, platform versatility and flexibility for use in identification or verification modes – as well as addressing issues like database size/management and privacy concerns – iris recognition has also shown itself to be exceedingly versatile and suited for large population applications.

Although the IRIS ID technology has existed for over 15 years, it has now been integrated for security system usage, rather than for just unlocking doors.

The Biology Behind the Technology

Like a snowflake, the iris – the externally visible colored ring around the pupil – of every human eye is absolutely unique, exhibiting a distinctive pattern that forms randomly in utero in a process called chaotic morphogenesis. In fact, it’s estimated the chance of two iris (irides) being identical is 1 in 1078.

The Advantage of Iris Recognition

Iris recognition is an attractive technology for identity authentication for several reasons.