Are you eligible for $1million in tax deductions?

Businesses have been always been able to deduct business-related equipment placed in service, but security systems did not qualify – now they do. Beginning in 2018, the Tax Cuts and Jobs Act  allows qualifying businesses to deduct the full cost of new “Security and Fire Protections Systems,”up to $1 million. Prior to passage of the Act, companies had to be depreciate the system cost over a period of up to 39 years. The legislation was passed to encourage businesses that are considering capital investments in this critical area and promote industry investment.

The Security Industry Association (SIA) worked with industry groups to expand deductions under Section 179 of the IRS tax code which empowers businesses to deduct the full purchase price of qualifying equipment and/or software purchased or financed during the tax year. The revised tax code permanently expands eligibility for deductions to fire protection, alarm, and security systems along with other equipment placed in service in 2018 and beyond.

Talk to your accounting partner to understand the impact this could have on your business. 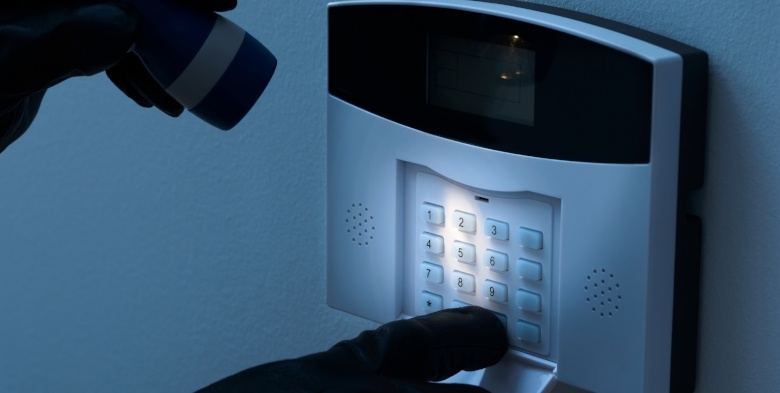 Why UL-Certified Alarms Are Essential for Jewelers

Would you drive a car that wasn’t crash-tested or inspected to make sure all of its complex parts worked together in harmony?

Hopefully not. The risks would be too devastating to overcome if something went wrong.

Now, apply that same principle and cautionary state of mind to your jewelry business and ask yourself if you can risk not having a UL-Certified alarm.

What does UL stand for?

UL stands for Underwriters Laboratories, and they are an organization that tests everything from alarms to appliances to cleaning products to kids toys.

In fact, they do more than test: they certify, validate, test, verify, inspect, audit, advise, and educate.

You may recognize their mark — it appears on over 22 billion products, including alarms. In addition to the actual alarm, UL also certifies alarm service providers, which is equally important for jewelers to consider.

What makes an alarm and an alarm service UL-Certified?

UL sets minimum performance standards for alarm systems that exceed those captured in an alarm service and maintenance agreement. Among other things, they ensure that:

Even if the alarm system is fully operational, it doesn’t do much good if the response to an alarm signal is inadequate or completely absent. UL issues certificates for two types of monitoring:

Why are UL-Certified alarms essential?

Unlike the perils of smash-and-grab robberies and grab-and-run thefts that are primarily only threats to retailers, burglaries are of major concern to jewelry businesses of all kinds.

There have been instances where nearly all of a jeweler’s inventory was stolen because the alarm did not produce a signal or there was no response after an alarm signal was received.

Having a UL-certified alarm will give you peace of mind that an alarm will signal and that there will be a response to that signal. Additionally, having this level of protection could help your cause when purchasing insurance. Having a current and valid UL certificate is recognized as a risk mitigator, which means you’ll likely receive a more favorable premium, assuming your other risk factors are equal.

AAA Alarms and Fire Protection is able to issue UL Certificates and design/install and service security systems that meet these Standards.

The City of Cranston has implemented a new Fire Alarm monitoring network of new technology Radio based Master Boxes to replace the old “hard line” turn of the century Gamewell Boxes.   This conversion will allow for more detailed information for specific zones, troubles and alarms to be more effectively and more reliably communicated to the nearest Fire Station located in the city of Cranston.   This conversion is possible with utilizing your existing fire alarm system, but will need radio box purchase and installation of antennas and equipment.  This equipment utilizes a mesh network radio transponder system whereby each facility with a box acts as a repeater for other facilities to build a network of communications for fire alarm signals only.

AAA recently announced the introduction of new Multipath alarm transmission technology. This is UL certified Grade “AA” line security with encryption employed, making this technology not only the most secure, but the most trouble free in it’s redundant Multipath approach of monitoring high security accounts. Call for free evaluation today!

All Wi Fi is NOT the same! Let AAA Show you the commercial system difference

AAA Alarms via there low voltage licensed technicians, installs state of the art seamless Wi Fi, Wireless Internet backbone systems to attach to your existing corporate or large scale residential home network.  Tired of machinery, printers, laptops and employee cell phones dropping your “wi fi” system?  Let AAA show you how their engineered Wi Fi Managed Platform allows for true Roaming around your facility, from department to department, floor to floor, building to building, without dropping your connection.   Learn how the AAA “Unifi” platform increases  wireless bandwith and speed over “Off the shelf” wi fi routers you may currently be using.   Let AAA speed up your operation.  With a properly design, installed and serviced/upgraded Wi Fi Wireless Internet system, your operation can now expanded effortlessly without regard to constantly cabling machines and computers to keep connectivity, even though your operation demands portability and flexibility.  Learn how the AAA wifi system increases the traffic capacity and device capacity of your corporate network in a scaleable fashion.